And seems this is one of the ways works for him. This time hopefully it is a sci-fi which makes everything better. A post apocalypse story as in a screenplay unfortunately or unfortunately not from a book. This was the bios movie in 2017 announced and then retitled and postponed especially due to covid-19.

The name Finch reminds us a bright and colorful post apocalypse entities the name of the colorful bird which makes me think that the name of the Finch winder in this movie is a metaphor for that. 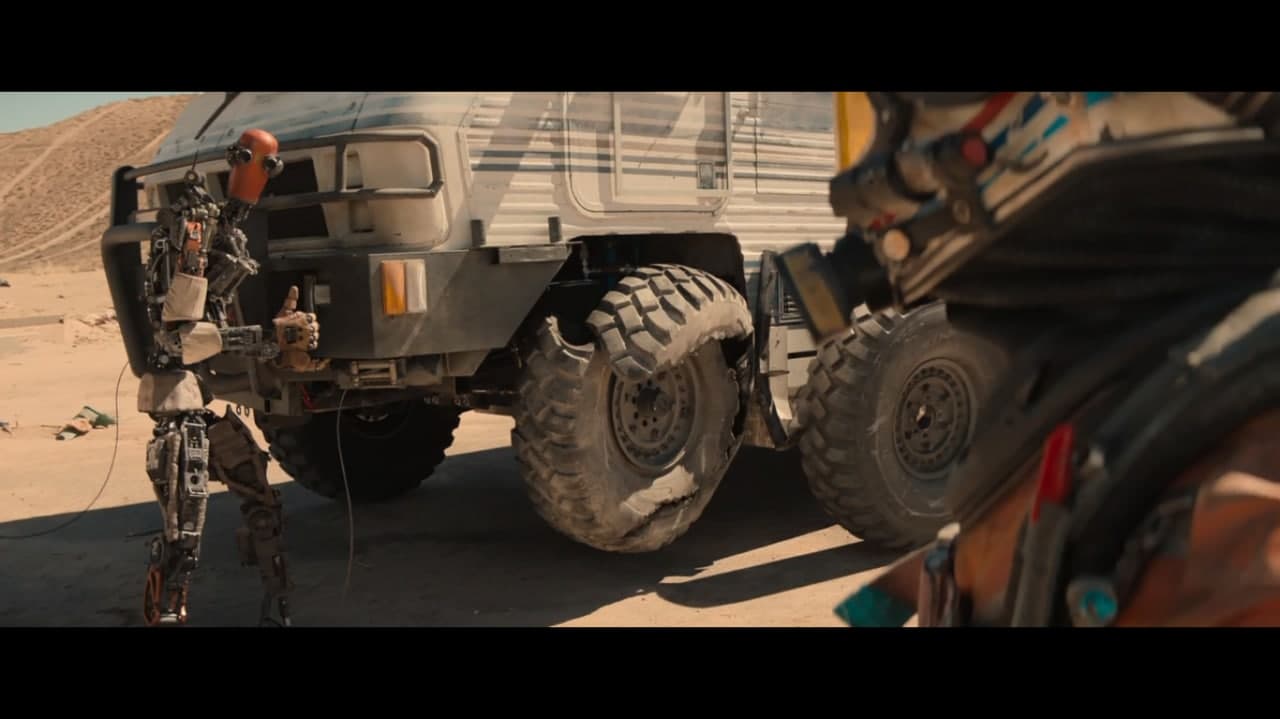 From a general point of view which is 20% of my judgmental operating system one of the biggest goofs of this movie is…yes! I mean not yes yes you may have guessed easily that the robot created by the first character (Finch) does not have a source of energy just metals and joints!

What hang on a minute this is a comedy and I bet it wasn’t just due to the pandemic situation to make it  so I’m probably they changed the plot and even names or general from drama turn absolute comedy with a little bit juice of drama at the end. Needless to say comedy itself is a drama or tragic drama. True or not I’m grateful to watch a sci-fi comedy and interestingly a very rare kind of easy soft science fiction comedy! So it is not a post apocalypse science fiction with all those grey and dark atmosphere rather right or dark conclusions like mockingbird by Walter terrace or Blade Runner Philip Dick respectively.

Speaking of comedy is not just a comedy a physical or narrative but a dummy stupid comedy tries to be extreme! That’s why maybe I don’t care about that inside mistake of energy source or other mistakes in this movie since the robot from the beginning b Hayes as as Laurel (& Hardy) character despite it is actually a robot and learning Dearing evens and not just primordial information it has. so what’s this movie to have fun 1-in the nonsense comedy. The scenes of the post-apocalypse is not surprising with huge regarding 280s science fiction image of the grey and dark future it all those holographic advertisements and flying taxis and huge towers. 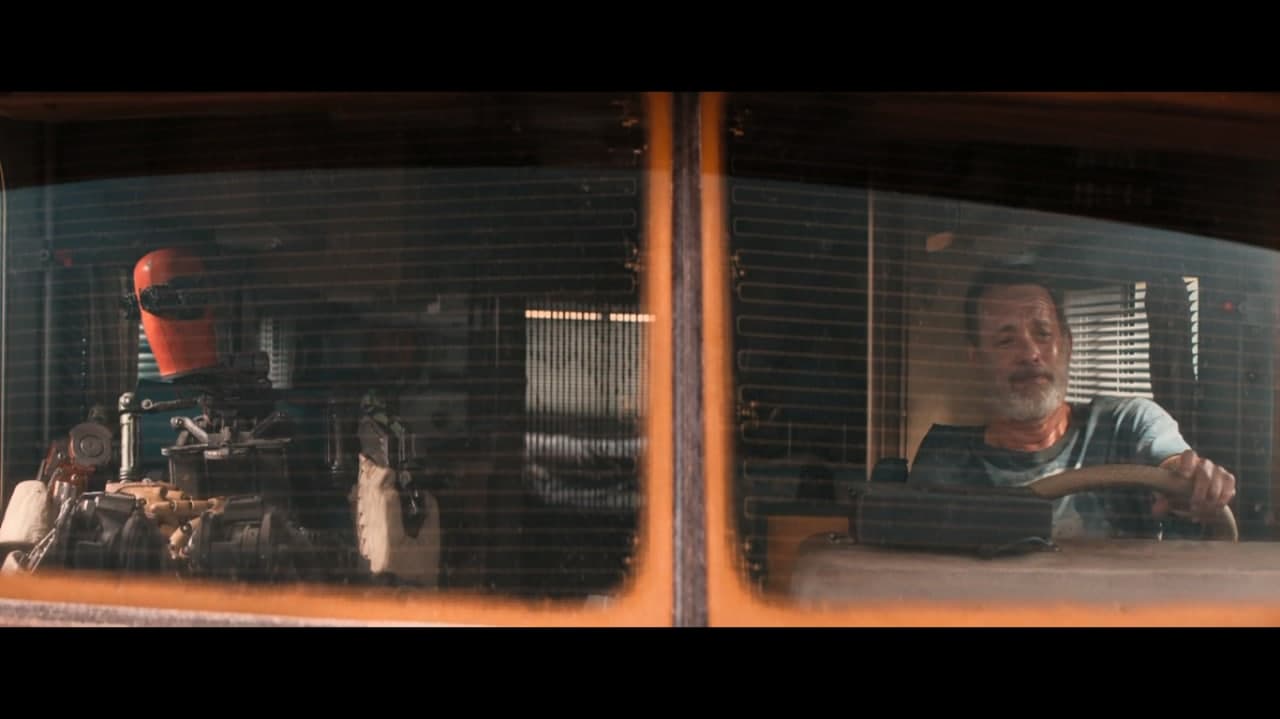 The robot is not the only comic character but the dot also is. Tom Hanks himself as Finch has a kind of dramatic character despite of the comedy so we see comedy confronts drama. Sometimes this scenario works to bolds all the points of the story. Like physics which boundary conditions always is the place of measurement and Discovery he’s facing drama and comedy works the same. Of course it is not a masterpiece in this regard but anyhow acceptable it could be much better and that’s why maybe by critics in some cases don’t agree on the quality of the work. 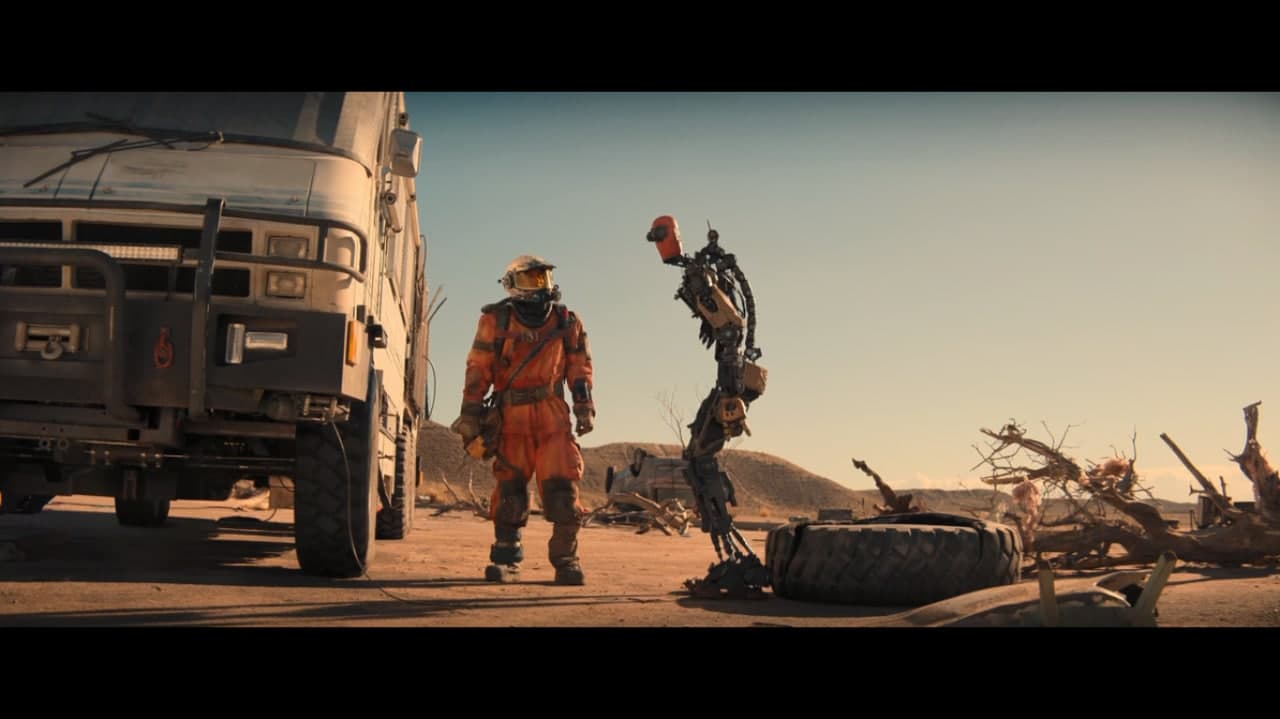 Comparing to the other junks producing these years it is better but in the genre or subgenre no! It is just another junk but a better one. Is it worth to a spend time on it? I don’t see why not!? Do the kind of fun between huge amount of movies and TV series releasing every year to make people or an offer of the real world conspiracies and wasting people’s time not to spend time on thinking about politics and lack of management or first of Paula and exploiting energy source of some reach sources countries and find out how ugly politics is.

Sometimes it is fun to watch some but books and articles still or much better you would like to enjoy a story. AbeBooks which you read them with your own imagination. Score store so many junk books and we have to find good ones to expand time on. 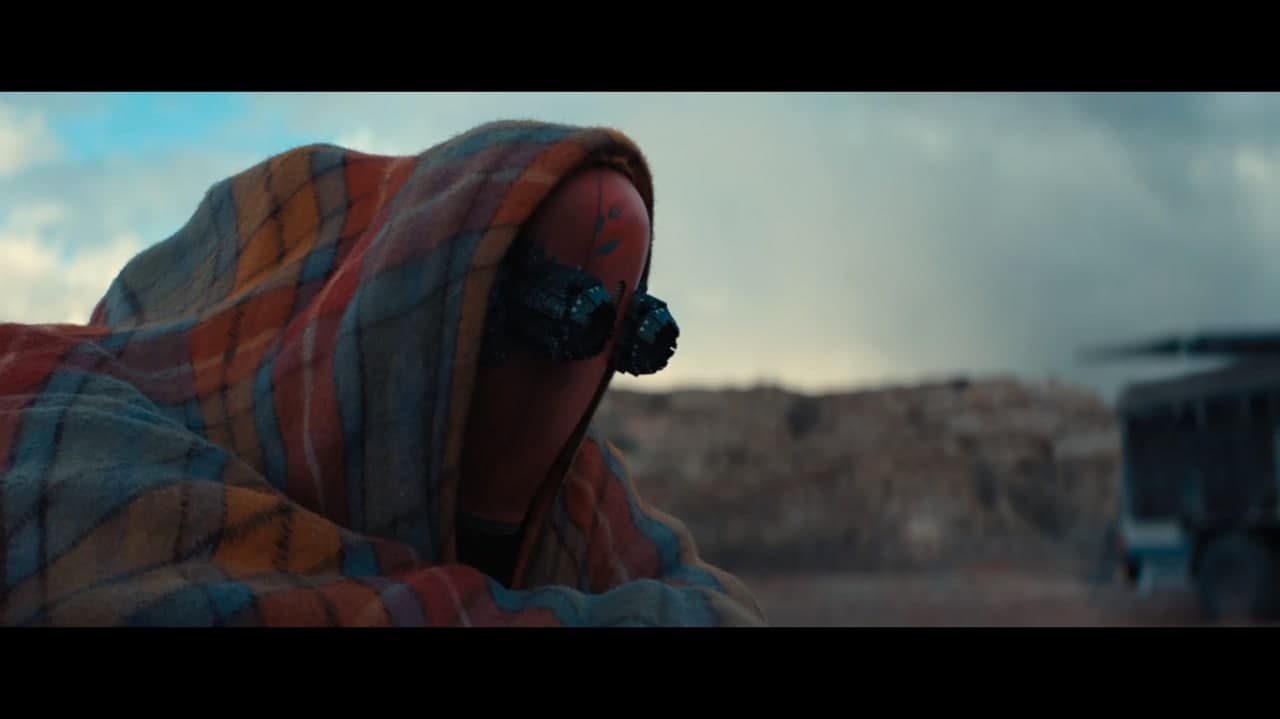 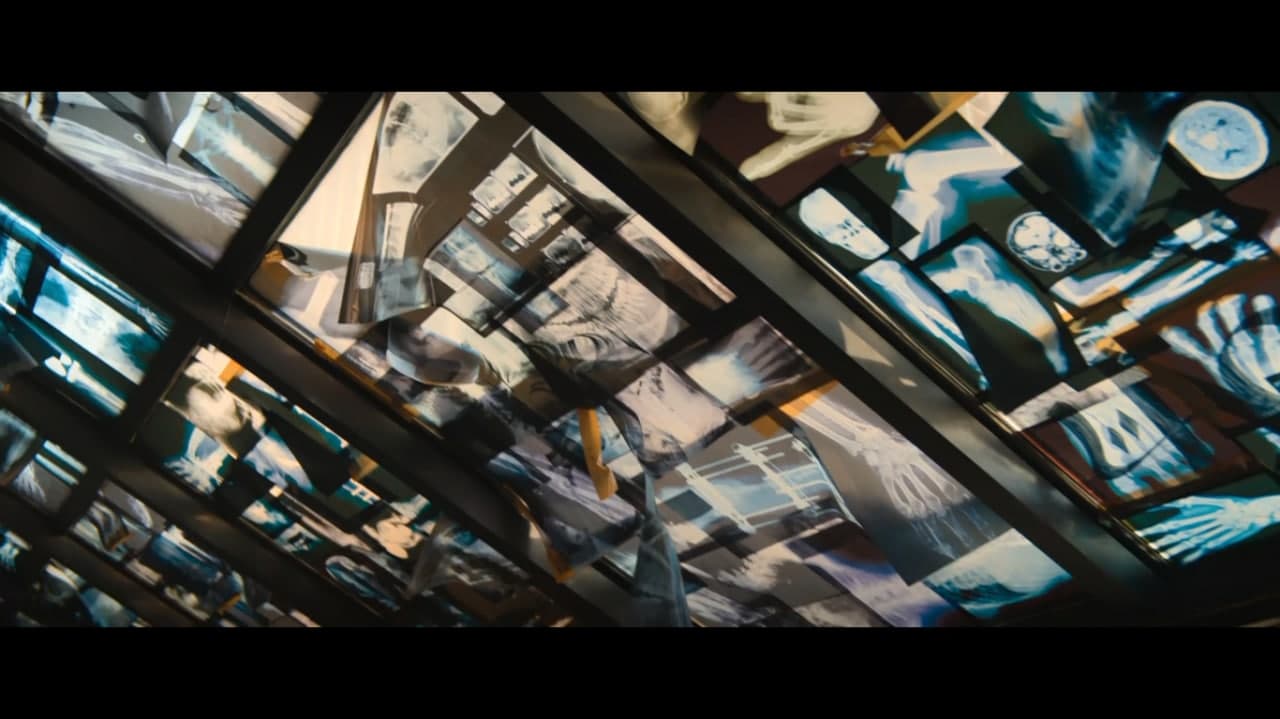 Robot facing X-ray films of human parts used as sun-shield on the glass roof of a marooned building. Interesting shot

So enjoyed it idiotic scenes and the robots on the dog. And don’t care about a scar nominees for Tom Hanks. The All-Star game is like France football bipolar superstar games and ignoring others just for the benefits and hatred. 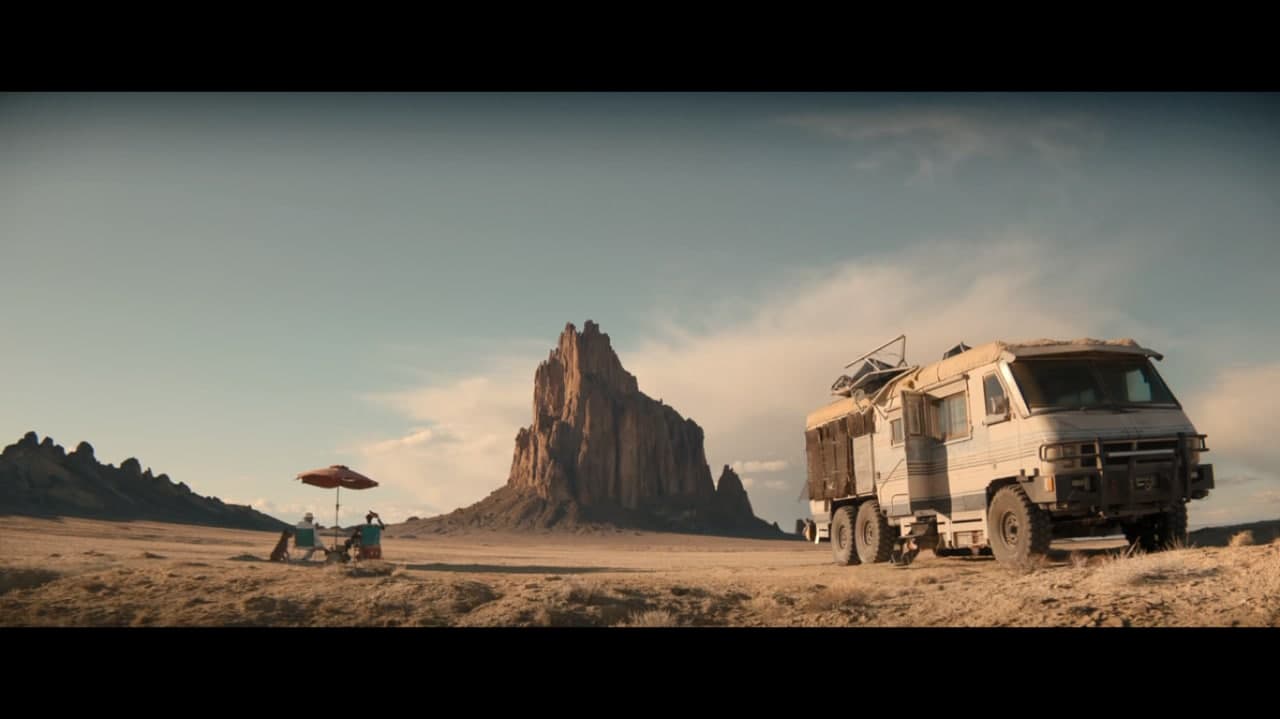