It was 9 years ago, during net surfing for PhD and also some international conferences in Particle Physics, I saw an event: 80’s birthday of Murray Gell-Mann. It was a conference on high energy particle physics, Cosmology and Complex system in NTU, Singapore. Regarding to my interest to meet giants and big names of what I have studied during the years from them and my historical mind, I decided it would be my first trip to somewhere else, instead of Iran’s conferences. Names in the list were seducing (later I found these names are just for to be considered by organizers, but still 70% of them came there for Gell-Mann’s legacy).

Everything settled and I studied a lot about a country that I did not know (I did it meter by meter, which helped me for something I will tell later). It was the first day of conference that I just did believe yes I am here, somewhere in an amphitheater beside many brilliant minds related to Gell-Mann’s works, achievements and his students during decades (you may find some of them became next generation as he himself was the next after 30’s giants).

It was important to see how would it be when many people related to your works during the years, get together to pay tribute. This is the key I loved to see the moment. For many it is just a conference and maybe names in your fields are nothing for two reasons:

1. You simply do not care, and think your work and goals are just important, like these nonsense years.

2. Avoiding the game of idols (in many ways I do not believe scientists and great teacher should be a role model and an idol just to get rid of names and do something in our fields away from names. No this idea does work. Human’s mind is historical; besides progress needs history to be corrected in the future, even to gain more motivation and learn listens from previous and personal previous efforts and experiences.

Back on Particle Physics Mendeleev, I saw him in 2010 in that birthday party which is the only way of party I would like to attend. It was glorious to hear his life from different angles in 5 days of lectures (deeply scientific and historical).

Gell-Mann works were mainly in Particle Physics. It was him whom constructed a completely modern mathematical way to have a complicated (specially comparing to chemistry) in mathematics and predicted even some new particles which we could find their properties and extract all information from theory and not experiment at that time (even now we any empirical information in colliders and detectors would have no meaning in physics without this table based on symmetry). Based on previous researches of two brilliant generations in physics specially in Particle physics which at that time was a modern name for one of the most brilliant and exciting branch of physics and totally science, he constructed something complicated brilliant field which thousands of professors and students, and billion of EUs are focused on it.


Regarding to my brief studies on his life and also particle physics, he was tough and in some cases he was not a unmistakable person in his personal life and his opinions. What bothers me about him is his cheap opinions about his colleague, nearby office of him, Richard Feynman the magician of Physics of all time, not just according to his influence on younger generation till now, but his broad influence in physics despite of Gell-Mann’s concentration on Particle physics and stick to his previous works. I do not want repeat his gossip stories about Feynman, someone who is interested can find them in his interviews on the net and videos on YouTube. Gell-Mann in this point of view could not be another Feynman as a colleague and co-generation as he maybe dreamed of. But still he was Gell-Mann away from his humanistic wish which many of us have.

Particle Physics experienced another scientific battle of two friends which created something unbelievable. Today’s knowledge of cosmology, Condensed matter and Particle physics was dependent on these kinds of competition. Quark model as an example which firstly denied by Feynman, caused the magician did something that ironically resulted a way to find quarks! Parton Model. the only practical way for colliders to study deeply high energy phenomena and search for building blocks of nature (Quarks). Standard Model of Particles relied on SU(3) as we cannot see hadrons outside of this symmetry. (for details I have provided some links if it is first’s touch of the reader or students to some words.

It was an honor to see him, who even was aware of my country’s situation at that time. As many physicists agree out of scientific presentations he was easy to find and enjoyable talk. He as many role models spent time for curious students and also other physicists. After this birthday party, I continued Parton model study which I was unfortunate at that time few people in the fashion worked on it in Iran. And what I learnt was even difficult to understand for myself and took time after my graduation in master I attended many schools and conferences to learn lacking of a tutor. It was ۲۰۱۲ that many people for money investments came into Particle Physics fashion everywhere in the world. always money comes first. I have many complaints about ill educational systems which I was a victim of them. One of the reasons beside of physics I study some top influencers in Physics and Astronomy and their period of time. As everybody knows giants 30’s generation would not happen again in science unless something new happens in educational systems (my next article would be about this subject).

It is a tribute to his legacy, as his generation inspired many to be next influencers of scientific world. I do not want to write multiple pages about him as readers can find in details on the net. As he was the cause to write some points in my mind, is enough for me. But soon most probably I will write something in details about particle physics, Gell-Mann and sweet naughty stories of Feynman.

And to all students and professors who read this article I suggest to read more about previous thinkers in science. It would be definitely instructive.

To Gell-Mann for his legacy and huge efforts in theoretical physics which is out of fashion nowadays these days (another reason that I believe physics will not go further than 60’s and some few 90’s and 80’s studies). He will be missed. 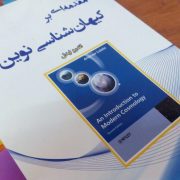 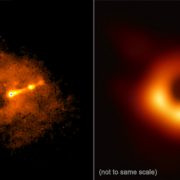 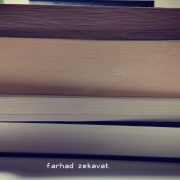